The Fog Has Lifted

This is the cold, bad weather rolling in and establishing its turf on Padre Blvd. on South Padre Island at the southernmost tip of Texas.

The fog was so thick that the highrises seemed to vanish into thick air. 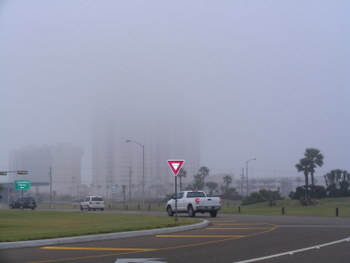 If you paid extra to stay at the Bridgepoint Condominiums’ penthouse that day, you got gypped.

The fog moved in and established its presence on the main drag, Padre Blvd.

and on the bay between the island and the mainland. 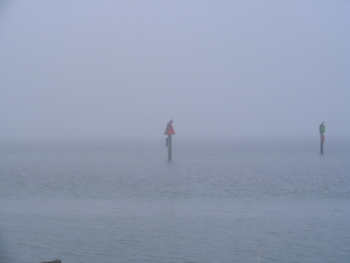 The fog made it hard to believe that this building

barely visible as your eyes rose

Looks like a postcard, doesn’t it? I told you the island lends itself to great pictures. I am no photographer as this picture I took at a recent parade will prove. 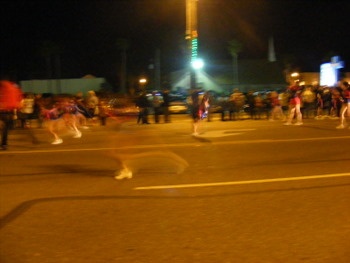 That picture is in the hall of fame already and quickly becoming one of my favorites.

This magnificent building, The Sapphire, will be opening in 2009.

I went to the jetties area to get a shot of the boat that was stuck out there on the rocks and the salvaging process. 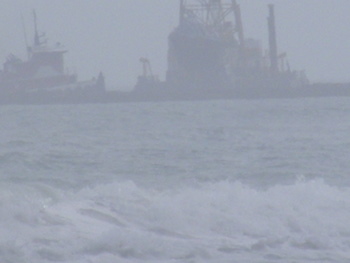 but I like focusing more on the people there.

This afternoon I felt so lucky for living near South Padre Island at the southernmost tip of Texas because I had heard of the incredibly amazing low temps around the nation and here the sun was out and the temps were trying to climb up to their usual balmy selves.

The water in the bay looked like a mercurial mirror.

Then a very thick fog rolled in quickly and caught us all by surprise. 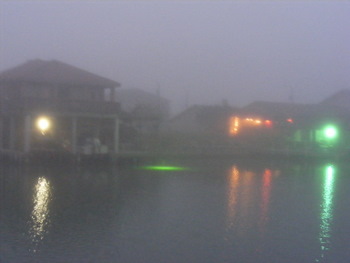 It reminded me of how stupid horror movies always add some military-related accident that is the cause of all the mayhem and blood-slinging.

The mist, the fog, all the eerie lights glowing through the mist made for a spooky evening so I hightailed it home. To see how cool the island is all the other time click here.